I am sitting inside Ratan Villa’s restaurant for breakfast. I pull up Yahoo Sports and read the headlines “Brady and Patriots Win in OT.” I’m sorry that the Falcons lose; I’m happy that they managed to reach the Super Bowl.

Hillary and Adam, the couple at the next table, hear my exclamation “Oh so close.” They say “You are from America. We have family in Chicago.” We make small talk about the weather, the Ratan Villa, Jodhpur’s travel sights, the pervasive religiosity of India and whether Indians will still be religious as they become more urban and modern. I learn that Adam is an educator on a four-month sabbatical from Bristol, UK. They are combining a guided tour of India and their own independent travel.

Hillary says “I think it is good to be uncomfortable sometimes.” I have to ask, “When were you uncomfortable?” ‘In Varanasi, we went to through old and narrow alley ways to the oldest Shiva Temple in the city. Since we knew that it was an active temple, we left camera, leather belts, wallet, watch at the hotel.” I am impressed “Boy, you were prepared to enter the Temple.”  Adam says, “We thought we were!” I knew then that there was more to their story. 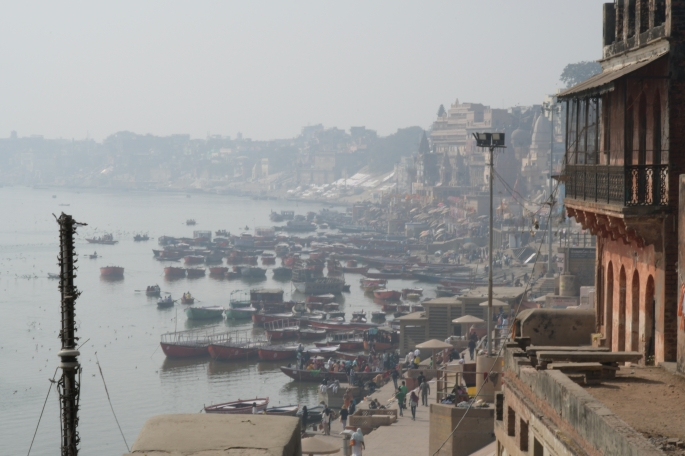 Hillary continued “The army security officers allowed me to enter the temple with no problems. However, when Adam tried to enter, a security officer held up his hand in the universal gesture meaning STOP. He didn’t let him enter.” Why? I asked.

Adam began to describe the incident. “I showed that I didn’t have any phone, any wallet. But still no. Then the security officer pointed at a plastic pen in my pocket. He also noticed the bulge in my pocket which was a small hand sanitizer. I began to say that these should not be a problem.” 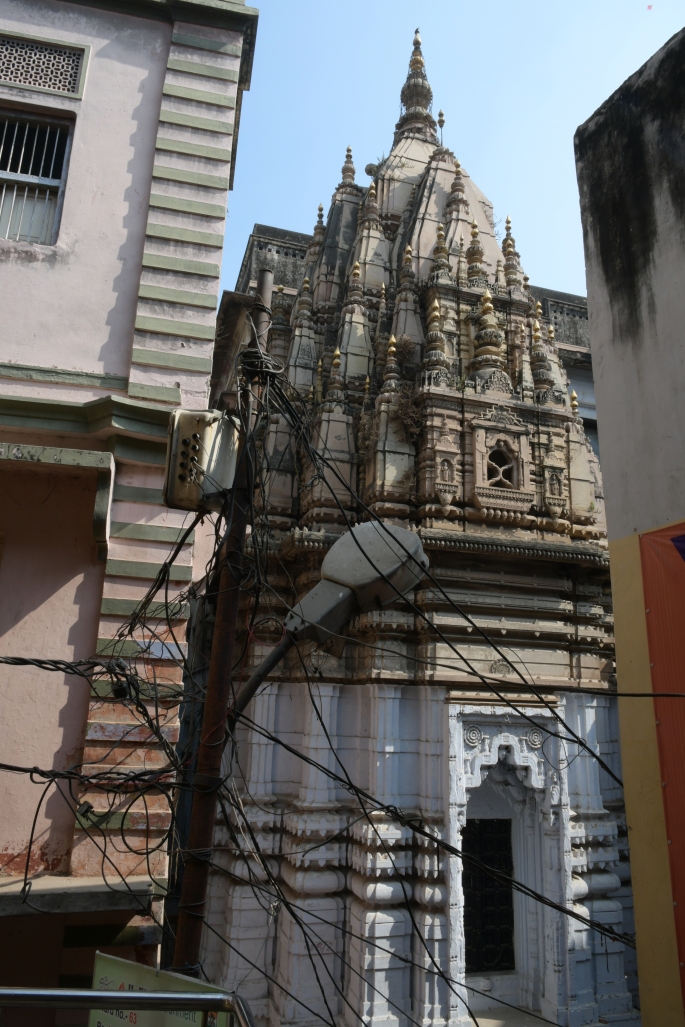 “When three or four other security officers joined the fray, then I realized this was serious. They did not bother to watch the dozens of Hindus who were lined up to enter the temple.” Yet, Hillary and Adam were both aware that none of the Hindus seemed concerned about the incident transpiring in front of them.

At this point, Hillary was getting uncomfortable. She shouts to him even though he is only ten feet away  “Adam, put them on the ground or give the pen and hand sanitizer to somebody!” He responds “No, the hand sanitizer cost two pounds.” Hilary shouts: “Forget the cost! Give the pen to that schoolgirl!” Adam tries to give the pen to the girl, but she refuses until some adult nods to her to accept the gift. Reluctantly accepting Hillary’s words, Adam puts the hand sanitizer on the ground. He turns to the security officials with open hands. “This time they let me inside the temple. I still don’t know if I had broken a rule or if they were simply upset that I wasn’t a true Hindu. I simply don’t know why they didn’t let me in initially.”

Hillary continues: “We both enter the temple. It isn’t particularly beautiful. Yet, we could sense the importance of the temple for Hindus. One is engaged in quiet meditation; several Hindus pause after leaving fruit and lighting a candle; an older man is ritually bathing in the small temple pool. 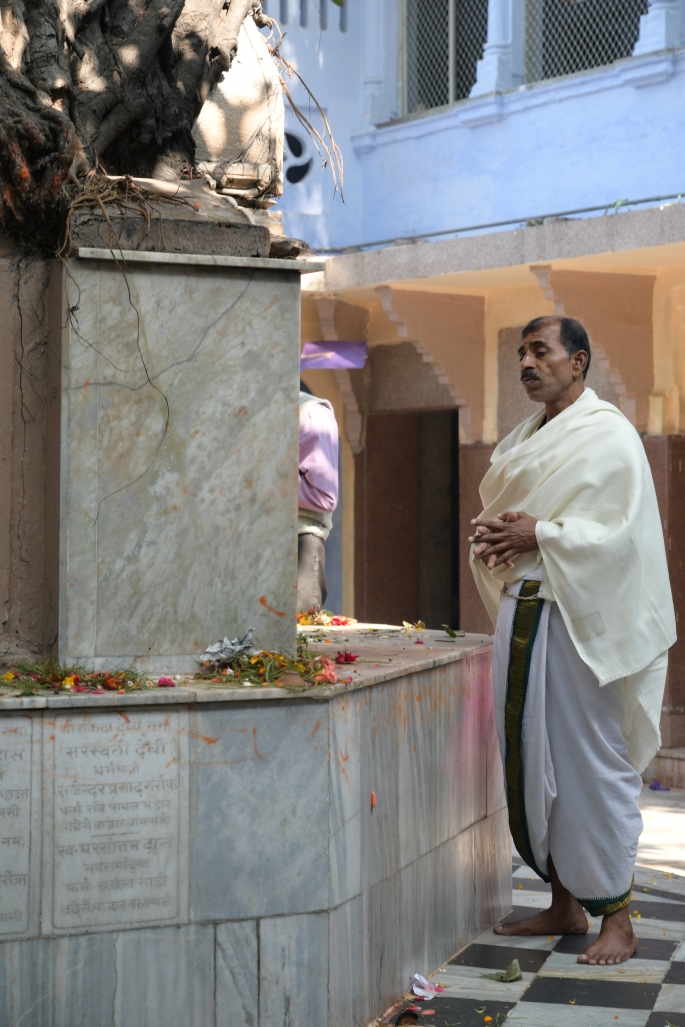 Hillary concludes: “I felt uncomfortable. Maybe it was because we as westerners were given special privilege by being allowed to break the queue and enter the line ahead of others who had been waiting for hours. Maybe it was because I couldn’t understand the reason why the security officers were giving Adam such a hard time. Maybe I’ll never know! Although I may never know, I learned that I can accept being uncomfortable.”

After pausing, Adam adds one more comment: “When we left the temple after 30 minutes, I found my hand sanitizer.  It was exactly where I left it. Nobody had touched it.”