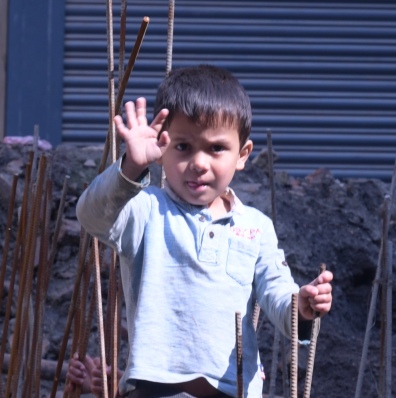 While traveling, I enjoy finding a temporary home. I then have time to savor the individuals and their rhythm in their more permanent home. Kathmandu is no different. Here are some of the people and places.

As a religious studies scholar, I can spend hours taking photos of monks and nuns. 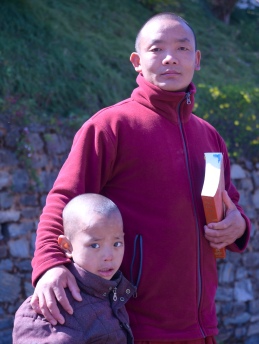 I imagine Tibetan monks as always studying or chanting. Their required facial expression is somber and serious. It is as though they are the Buddhist equivalent to the Queen’s Guard at Buckingham Palace or members of the Old Guard watching Arlington’s Tomb of the Unknown Soldier. Not only do the monks exhibit the formal side, but they also display another side if one notices. 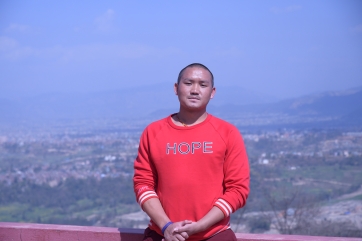 Here is Dawa, the monk who is the manager at Neydo Hotel. The hotel serves as a monastery guesthouse. My stereotype of monks does not usually include a monk holding a guest’s child. My stereotype also doesn’t include a monk  wearing a sweatshirt with the word “HOPE” in large bold letters. 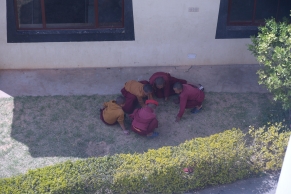 These young monks are playing some sort of game away from the watchful eyes of senior monks; the other young monks thoroughly enjoy chasing and being chased by one of the monasteries dogs no matter who is watching.

I simply wonder: what is this young monk’s story? Up too late last night studying? Or, more likely, up to early for morning chanting?

Not all robed figures in Kathmandu wear burgundy robes. 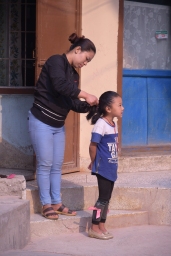 I participated in Holi two years ago. I smile and chuckle as I watch the young children prepare and participate in Holi. Nevertheless, I made sure that I avoided groups of young boys with colored water balloons. I know hitting a gray haired westerner would make their day. Kids are kids regardless of the country.

As a confirmed “sitter” and “people watcher,” I try to prove to my wife that my practice is, in fact, universal for older men. 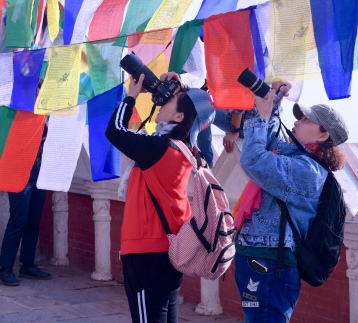 I’m as guilty as others in lifting my Nikon to my face to take a photo. I could almost be in this photo.